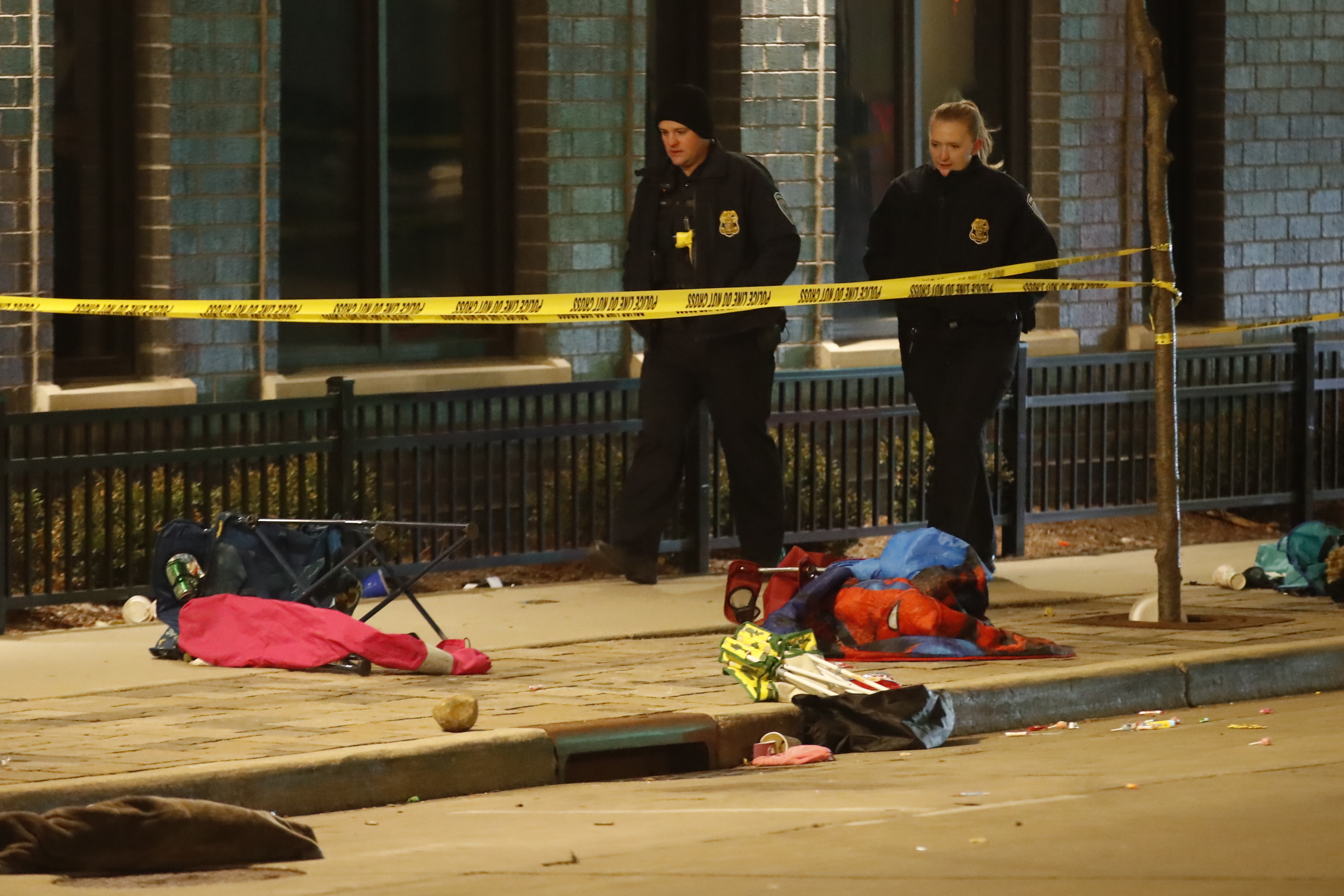 Members of a youth dance team were reportedly among the victims injured when a crazed driver plowed through a Christmas parade in Wisconsin on Sunday night.

A witness who spoke to Fox 6 Now reporter Sam Kraemer estimated that up to 20 young girls with the Waukesha Xtreme Dance Team were struck by the red SUV at the annual celebration in the small city of Waukesha.

Corey Montiho, a School District of Waukesha board member, told the Milwaukee Journal Sentinel that his daughter was on a dance team that was struck by the driver.

“There were pom-poms and shoes and spilled hot chocolate everywhere,” Montiho said.

The report didn’t specify if Montiho was referring to the Waukesha Xtreme Dance Team — or potentially a separate youth squad.

“I had to go from one crumpled body to the other to find my daughter. My wife and two daughters were almost hit,” the father told the newspaper.

“My family is safe but many are not. I held one little girl’s head in my hand, she was seizing and she was bleeding out of her ears. I held her mother as she collapsed,” he said.

“Thank you for everyone who has reached out checking on the safety of Xtreme Dance Team members and their families,” the school wrote.

“At this time, we ask that the media and those reaching out, give us and our families time and privacy to process the tragic events of this evening.”

Police said during a press conference just hours after the carnage unfolded that at least 12 children were wounded in the chaos. At least 11 adults were also among the victims.

Multiple fatalities were also reported, but police did not immediately provide further information.

A person of interest was in custody and police have not ruled out terrorism as a motive, according to Police Chief Daniel Thompson.